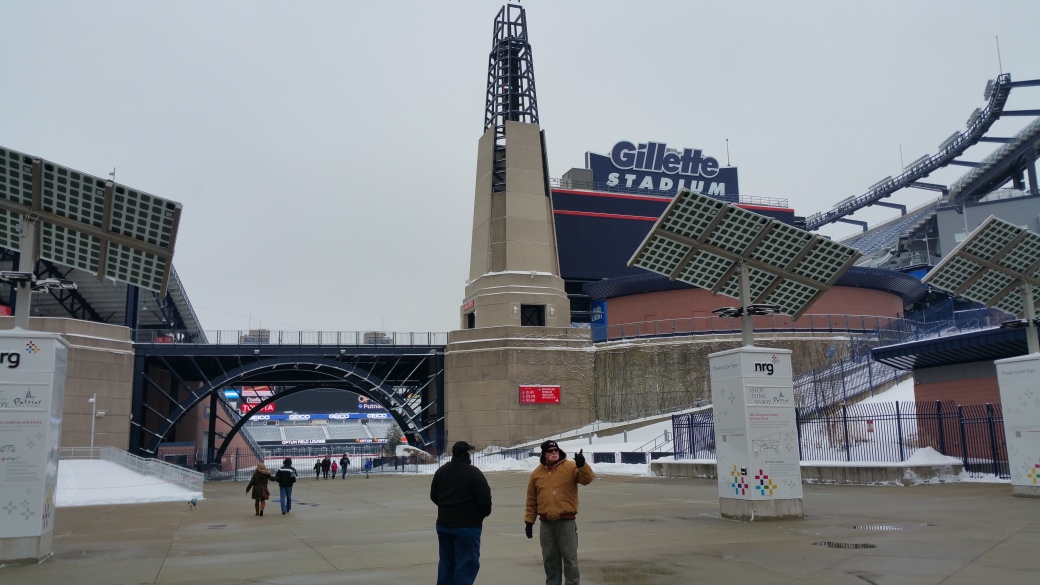 ” True Patriots unite as one, there is no hatred to be found no matter who you are, or where you are from”.

Patriots may be a football team that play at this stadium known as Gillette, but we are all Patriots who walk a path, through this journey of life. I can remember a time when this same football team of the Patriots were only winning one or two games a year, man!!! What a different team they are now. True there is way too much hatred of this team, simply because they do nothing but win for the last fifteen years, it is pretty much a Dynasty that has been built by Robert Kraft the Owner, with the bringing in of Bill Belichek, so why can’t we just sit back and enjoy the ride? without bringing the unnecessary drama.

This team from year to year has had many different components, but the two common denominators have been Bill Belichek and Tom Brady. These two have pretty much re-written all the records and show no signs of slowing down, or calling it quits. So from someone who has struggled from year to year while saying, ” wait til next year” every year, it feels good to be proud of the team once again, as they truly are a great football team.

With all the success of the Patriots over the last fifteen years, you will have the Hater’s hating on this team simply because their team can’t beat the Patriots and the fans want the same success as the Patriot fans. The New York Yankees and the Montreal Canadians went through the same as the Patriots are going through now, only because they win more than they lose, what I say to all the Hater’s out there is, if you want to be a Champion, then step up to the plate and beat a Champion. Now not everybody can be a Champion, because as one team wins, there has to be another team that loses, this is fact and a fact we all have to better at excepting, so we can move forward better and stronger.

When Robert Kraft bought this team the New England Patriots,  this was the beginning of positive change not just to a football team, but to the Community that hosts this team. The Patriots are so good on so many levels, it would take all day to write about them all, but if those who hate on this team, would only set aside their hate and truly look at the team the Patriots, they could clearly see why they have become a great team and do what they need, so they to can accomplish the same success. There is way too much Hate within this Society and it goes a lot deeper than any sports team and their success, but if we can watch our favorite team, to cheer them on as they strive for success, then just maybe we can all unite and become one on the same team, as we all walk our paths through this journey of life, to become better and stronger with every step, then we all can share what it is like to be on the winning team throughout life.

” Winning should never be hated on, as it takes a lot of hard work and dedication”

” Don’t hate on a team just because they keep on winning, simply step up to the plate and beat the Champion to achieve the same success”