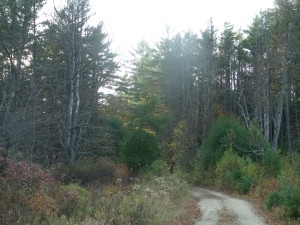 This may be 2015 but the 2016 Presidential elections are starting to heat up and if you look in the eyes of the propaganda Media, they will make this race out to be a three ring circus. The President of the United States is supposed to be a very hard job and a 24/7 job at that, plus it is also suppose to be a job that not just we here in the United States have much respect for, but all others throughout the globe and their leaders respect as well, right now with how this office is held and with the views of the propaganda media, our Country is the laughing stock throughout the World. I hate to say it but we the people don’t elect the President anymore, it is the propaganda Media that does this for us, by all the stupid questions in the debates and reporting on things that have absolutely nothing to do with electing a solid President, that will bring this Country forward instead of down.

Seriously!!! Where do the ring leaders of the Circus, or the Propaganda Media come up with these questions for the debate, or do they simply only ask dumb questions to the Candidates of which they don’t support? All these left wing Media  nut cases will report everything bad of the Candidates they don’t support, then say nothing of the ones they do support, even if those Candidates are dirty and only want to be president to give favors to those who support them. Another thing that is killing this Society is all the Political Correction and people afraid to say anything, for the fear of offending others, this is exactly why Donald Trump is doing so well, because he is saying what all others want to say and are afraid to say it. What I say about Political Correction is, ” you can’t handle the truth”. There is a way around the Political Correction problem and that is, constructive criticism, this is a way to help each other be better and stronger moving forward. We are all so wrapped up in the political correct game that we won’t help each other anymore, When someone is hurting and in need of help, we are all guilty of turning the cheek and walking away, simply because we are afraid to not only offend someone, but we are greatly afraid of any bad ramifications that may come back to us.

” We all live in a shell, the shell of political Correction”

With the way that the economies of the United States and the World are shaping up, you would think we need a President that is financially sound in his/her ways? And even a very charismatic person so they can be a great diplomat towards other Countries? These are just a couple of the many real issues that need to be addressed by all the Candidates involved, no matter if your a Republican or a Democrat? Than why doesn’t the Propaganda Media ask the real questions, instead of asking the stupid and any other question but the real issue questions? I have no clue to the why, but my guess to why the propaganda Media is this way, simply for the ratings which brings more money within their pockets and I wouldn’t be surprised if there is big kick backs from the funds of certain Candidates to the Executives of this Propaganda Media. Now don’t get me started of the Elected Officials that are already in and have their hands out to the special interest groups, that want them to push their agendas before the real issues that need addressing, that’s for another blog.

The road to the White House should be full of respect and dignity, but it is far from that now and is totally all about being a Celebrity and famous. The current President we have now is more worried about his Celebrity status, than rolling up his sleeves and getting his hands dirty while fixing the real issues that this Country desperately needs. Instead of adding to the Trillion dollar debt, maybe it might be a good idea to start reducing this debt down? Maybe it would be a good idea to create real jobs and stop fudging the numbers to make it look like you are bringing the  unemployment down? True their are jobs out there but, they are not the same quality job that were once here in this Country, as a lot of them went over seas, because it is cheaper for them to operate, maybe we should fix this problem? So we can create more tax payer’s, which will help you bring down the debt, as long as “ALL” of the elected officials stay within their budgets? Budgets are made so you don’t over spend, pay down debt and actually save money for a rainy day, I don’t know……… If i can think of this than why can’t our elected officials? ” Oh wait….there are no budgets made within the White house I forget”. We all walk a path throughout this journey of life, the paths may be different but the journey is the same. I think we all need to show more empathy of each other, instead of stepping on each other, so we all can walk our paths within this journey of life, peacefully and in happiness, to be better and stronger moving forward.

” the road to the White House should be that of respect and dignity, not trying to get to a higher celebrity status”

” The Presidential elections should be about the Candidates who have the qualifications to do the job, not about doing favors for the ones who put them in the office”

” the propaganda Media should be reporting the facts, not twisting the facts that best suits them and the ratings, so they can get rich and live their plush lifestyles”