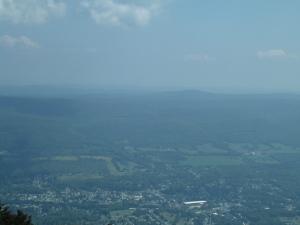 Today September 11, 2015, is a remembrance of something that we have lost total meaning of what it is. Fourteen years ago was a tragedy that took many lives here in America, with a lot of others being injured and still feel the affects of that day. 9/11/2001 was a day we all need to remember, so we can never forget our fellow Citizens who have fallen,   never forget that through hate, will bring sorrow to each of our lives, whether we want it or not,

When 9/11/2001 happened we all were saddened at the loss of so many, then became the Unity of which we all joined together as one, now fourteen years later, that unity has been forgotten and we all have wandered back into this world of hate. We hate on everything around us, cause it is the easy way out of any situation, to which we all are victims of being lazy within our lives. Hate isn’t the answer for anything, as it only makes worse any situation that has crossed our paths of our journey through life.

When 9/11/2001 happened there was a team within football called the New England Patriots, these Patriots have never won a Superbowl and throughout my life I suffered with many a fans, the same quote year after year ” wait til next year”. It was like it was supposed to happen, maybe Destiny? That this team called the Patriots would win the Superbowl that year for the first in Franchise history. When the Patriots won the Superbowl and with their magical name, the whole Country stood as one in unity and now fourteen years later, this hatred has returned throughout our Society, with it being even stronger throughout Patriot Nation.

The New England Patriots did nothing to breed this hatred toward them, except maybe they have won more than they have lost? Bill Belichek and Tom Brady have been the Coach and Quarterback throughout this incredible run of the Patriots, to which we here throughout Patriot Nation have really gotten used to the word “winning”. Just like the baseball team the Yankee’s when they used to win all the time, the Patriots are going through this same feeling of hatred and it is all because, people would rather take the easy road of hate, instead of stepping up to the plate and beating the winner, so they to can be a winner.

Spy gate, deflate gate, these are all driven by hate, towards one team called the New England Patriots, why? Simply because they win more than they lose. Spy gate should never of happened because all other Coaches have done it throughout the history of the NFL and if they say other wise, than they are lying to your face. Deflate gate? This was so over blown it is not even funny anymore, all in the name of hate, because the rest are too lazy to step up to the plate and beat the winners, so they to can be a winner. It is not for the New England Patriots to lay down for the the other teams throughout the NFL, it is for all their opponents they play, to step up to the plate and beat them, so they to can be a winner in the NFL.

The further we become removed of the day 9/11/2001, the further we slip into this world of hate. Simply because we are to lazy to do anything different, Sports when played correctly is suppose to help us all be stronger throughout our lives, team sports shows us that with unity any championship is possible and being a winner will come to all of that team. Without this unity you than have chaos and a hatred throughout the team, which then shows the rest of Society, that it is okay to hate on everything around you, instead of stepping up to the plate, becoming one in unity and truly being a winner of the sport you play, or even being a winner in life, as you walk your path throughout this journey of life.

” 9/11/2001 should be a date etched within our minds forever, so we will never forget this terrible tragedy”

” hate is never an answer for anything, as it only breeds chaos and much pain throughout all our lives”

” when we hate all we are doing is, taking the easy way out of any situation, without hate we become stronger and better standing in unity as one”